Home > Ask Our Experts > Is it Legal to Leave Food For Animals On a Public Path?

Is it Legal to Leave Food For Animals On a Public Path? 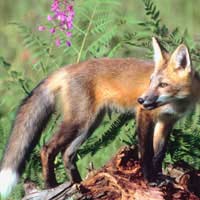 Two of my neighbours leave kitchen scraps out for foxes within 15ft of my front door. We have spotted rats now in the same area. The area in question is a public footpath bounded by grass. Is leaving kitchen waste on (or close) to a public footpath illegal?

Similarly can I legally sprinkle a deterrent on the same area?

What a difficult situation for you – and you raise two very interesting questions.

The particular situation you describe is, fortunately, quite an unusual one; most of these sorts of problems arise when someone in the neighbourhood is enticing foxes or badgers into their own garden, but this, of course, is little consolation to you! The presence of a public footpath, however, does muddy the waters a little, so just to be sure, I checked with my local council’s Environmental Health Department up here in Scotland, and with the one I used to work for down in the Midlands.

As I suspected, their view was that the act of leaving food out for wildlife on a public footpath is not, of itself, illegal – which largely answers your first question. They also suggested that although what is being left is kitchen scraps, it doesn’t qualify as “waste” in terms of fly-tipping legislation – if that was what you were wondering – as it hasn’t really been “discarded.” Never-the-less, it is reasonable to ask your neighbours to clear up anything which hasn’t been eaten after a night or two.

However, if as a result of leaving food out, a “significant infestation” of rats or other pests was to develop, then the council would be in a position to act – although it would depend on the scale of the problem. It would probably mean significant numbers of rats becoming a nuisance to private homes, rather than one or two being spotted in the general area.

There is some good news, however, on your second question; they tell me that using deterrents – or traps and baits for that matter – would be permissible, assuming you only use legally approved ones and apply them properly.

Unfortunately, it looks like the worst kind of neighbour dispute is brewing – and those sorts of things are always best avoided, so it’s worth looking at ways to avoid conflict.

I’m assuming that you’ve spoken to your neighbours about this; if not, now’s the time. If you can keep things from getting heated and simply express your concerns, you may be able to resolve the issue amicably – or at least reach a workable compromise. A lot of these problems arise through lack of communication and people are often unaware of how their actions impinge on others around them, so a polite and pleasant chat is always a good way to start. See how your other neighbours feel too; if enough agree with you, it can only strengthen your voice in the discussion.

If this really doesn’t help, then it’s probably worth having a word with the land owner, since the Prevention of Damage by Pests Act places certain obligations on land owners to ensure vermin don’t become a nuisance. Although it’s a public footpath, it will still be owned by someone – usually either a nearby farmer or the local council; try getting them on your side and see what can be done to sort things out.

A chat to your local council Environmental Health Department is also a good idea. They should be well placed to offer some advice – not least because they’ll know the area where you live and the local landowners. I don’t know whereabouts you are in the country, but there may be some particular provisions or bylaws which apply to your district, so it really is worth talking to your local authority – it is part of why you pay your council tax, after all!

At this stage, I’d have to recommend informal talking – to the neighbours, landowners and the council – rather than going for the full-on assault and calling in outside authorities or taking action off your own bat, which may simply escalate tensions. You always have those options later, but a “softly, softly” approach often gets the best results, particularly since you’re going to be living alongside these folk for a while to come.

I do hope you soon find a satisfactory resolution to your problem.