Home > Controlling Pests > Ten Warning Signs to Look Out For 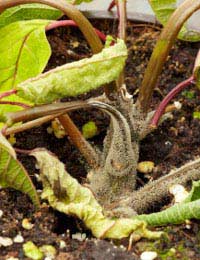 With very few exceptions, when it comes to pests, early action is always likely to be best; but how do you know you’ve got a problem, until – well – you’ve actually got a problem? There’s certainly no shortage of things looking to make a nuisance of themselves, so the answer has to lie in staying vigilant, which is all well and good if you know what you’re looking for – but what if you don’t?

Fortunately, very few pest problems erupt without some kind of build-up, so with that in mind, here’s our quick guide to the top 10 warning signs to look out for.

If you, your kids or your pets develop a number of unexplained bites, or suddenly start itching or scratching, it could be one of the first signs of pests – anything from thread worms and bed bugs to fleas, and a whole lot of other possible suspects besides! Unless you know for an absolute fact that those itchy spots happened when you disturbed that ants’ nest in the garden, or your youngster fell into the nettles, start thinking pest.

There’s a whole army of creatures out there just waiting to make an easy meal out of your prized plants, ranging from caterpillars and slugs to rabbits and mice – so if you see chewed leaves or badly bitten stems, investigate quickly to see who’s behind the damage.

From leaves and lawns to people and pets, bare or bald patches need to be looked at very carefully. It may be nothing more than bad mowing or the over-enthusiastic use of a razor, but if there’s no obvious explanation to be had, you need to find out what’s going on without delay.

Plants can respond to a whole range of pest attacks by developing discolouration, particularly on the leaves, so keep an eye out for any first signs of yellowing, or the appearance of odd patches of colour – it could be anything from fungus or leaf miners to wireworms or chafers. Whatever’s causing it, it’s not good news!

Particularly when it comes to larger nuisance animals, the first sign of a developing problem is often the sudden appearance of scrapes, scratches or holes. If you wake up one morning to see something odd on your lawn or in your garden fence, it could be the only warning you’ll get that you’ve attracted the attention of rabbits, badgers or foxes – so keep your eyes peeled!

Pests are on the lookout for an easy meal – and signs of feeding can often be what gives them away. From the streaky blood splatter of inadvertently squashed bed-bugs to the tell tale signs of rats, the clues that our hungry unwelcome visitors leave behind can often be the first – and sometimes only – indication that there’s a problem brewing.

Withering leaves, like discolouration, can hide a multitude of (mostly insect) sins going on; assuming it’s not simply because you forgot to water your plants, then investigate thoroughly and be prepared to quarantine anything badly affected until you know what you’re dealing with.

Spotting egg cases is an obvious sign of impending doom if ever there was one! Whether they’re nits in your kid’s hair, or cabbage whites on your brassicas, it’s never good news but at least you’ve spotted it early before a hundred hungry mouths actually hatch out and do their worst. Identify and eradicate – as simple and ruthless as that.

Humans aren’t the only ones that find fruits an attractive source of food. While birds generally have the decency to wait until they’re edible before taking their share, a number of insects and their grubs steal a march on all of us by munching away at them from the inside, as they grow. Shrivelling fruits are a sure sign of pest attack.

In the early stages, some pests leave almost no signs of themselves, except for their tracks and trails or the noises they make moving about. The expression ‘rat-run’ has entered the language, but it’s easy to forget that it actually refers to a real thing, so keep an eye out for clues of any unexpected or unwanted comings and goings, and likewise an ear out for the sound of scurrying claws in the attic. Catch them before they get their feet well and truly under the table and you’ll have a much easier time of getting rid of them.

Now you know, so – like they used to say in all the worst sci-fi ‘B movies’ – keep watching!