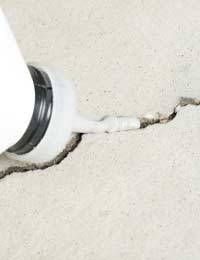 If there's ever a time when that old proverb about a stitch in time being worth nine is true, then it’s undoubtedly when it comes to pests. Many common problems are very much easier to avoid than they are to treat once they’ve become well and truly established, and the good news is that it’s surprisingly simple to give yourself the edge when it comes to doing it.

Keep on Top of Repairs

There’s more than a little truth in that old saying about an Englishman’s home being his castle! Protecting yourself from invading pests can often demand nothing more than doing a bit of routine maintenance to keep your fortress in good repair. Cracks in the masonry, gaps under the doors or holes in the roof can all roll out the welcome mat to unwanted guests, and once they’re in, they likely to want to stay – and bring their friends!

So if you don’t really want to be inviting everything from squirrels to silverfish, fill those cracks and fix those gaps as quickly as they appear.

Be Careful with Food

When it comes to their creature comforts, pests are pretty similar to people, which is probably why they seem to love living alongside us – which means that something to eat is even higher up the list of ‘must-haves’ than a place to stay!

The trick is to avoid making it too easy for them to find themselves a free meal. Tidying food away and cleaning up after you’ve eaten are obvious tips to keep your food to yourself, but it’s not just about the crumbs from your table. Don’t forget that some pests eat rather odd – and often seemingly unsavoury – things, so make sure you keep your rubbish properly covered, moths out of your wardrobes and tidy away any pet food – and droppings – before they attract any unwelcome attention from ravenous rats or hungry houseflies.

Most pests thrive in secret. Give them a quiet, undisturbed corner, with somewhere to hide away from human sight and they’ll happily get on with the business of being a pest entirely unbeknownst to you, until it’s too late and one or two have multiplied into hordes!

The solution is obvious – keep things tidy and cut down on anything that provides these nuisance species with places to lurk. You don’t have to get all obsessional about it, or turn into a candidate for the next re-make of the Stepford Wives, but a bit of a basic de-clutter can work wonders. It’s a good tip for the greenhouse or garden shed too and could help you avoid a whole range of problems, ranging from mice to botrytis and a whole lot in between!

They say cleanliness is next to Godliness; well, that may or may not be true – but it certainly is a long way along the road to pest-less-ness.

You often see the signs of a pest long before you see the thing itself, so one of the best ways to avoid a minor nuisance turning into a major infestation is to be able to recognise the tell-tale symptoms early. It would be an impossible undertaking to try to learn the warning signs for every single pest that you could ever encounter, but it really is well worth getting to know them for the most common ones.

For gardeners, for example, it’s a good idea to be able to recognise the early wilting caused by aphids, or the pattern that leaf-miners leave behind them, while knowing the unmistakable look of a flea bite is a must for pet owners! Whatever you keep, grow or collect, if there’s a particular pest that’s likely to cause a problem, learning what to look for can make all the difference in the long run.

Avoiding pest problems can sometimes seem like an unending battle, and in many ways it is; there’s a vast reservoir of beasts, bugs and other assorted bothersome blighters in the world and sooner or later, one or two of them are almost guaranteed to turn up on your doorstep. The bottom line is that you always need to keep your guard up – so stay vigilant.

With a bit of luck, if you follow these few, simple preventative measures, you may never be bothered by anything more serious than an errant mosquito or a few wasps at your BBQ, but if you do happen to spot something worse developing – act and act quickly. The real trick to all this is to stop a small pest problem turning into a bigger one!