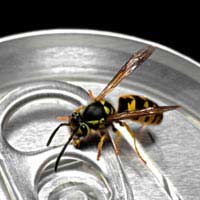 If you’ve got a pest problem, then being told what a fascinating creature the cause of your misfortune is, surely must be the last thing you want to hear! That said, some of the biggest nuisances that you’re ever likely to encounter really are quite remarkable, though admittedly, often chiefly in ways that help them to be a more effective pest!

With that in mind, here are 15 interesting facts about three of our least favourite unwelcome guests – fleas, rats and wasps. It probably won’t make you like them any better, but it might make you see them in a slightly different light.

We all know fleas can make prodigiously high jumps – over 150 times their own length, in fact, which would take a human jumping about 900ft to match – but there are plenty of other fascinating aspects to these itchy, scratchy pests. Here are just a few:

Much as we loathe them, you have to admire the sheer survivalist skills of rats. Cunning and clever, they’re always ready to find new ways to make their living and thanks to their remarkable success as stow-aways on ships, the skinny agile Black Rat (Rattus rattus) and its commoner, and dumpier, relative the Brown Rat (R. norvegicus) they’ve made their presence felt just about everywhere.

If you’ve ever been bothered by wasps at a barbeque, you’ve probably asked the immortal question “what are wasps for?” Well, that’s a hard one to answer, but here are a few facts anyway that you might not have known:Wasps, rats and fleas – three of the most successful and least welcome creatures that occasionally muscle-in on our lives. They are really very good at what they do. Does that make them fascinating? Probably – but just not in my house, thanks!