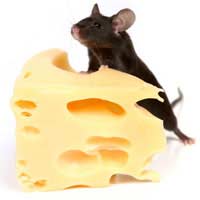 There is an old saying “build a better mousetrap and the world will beat a path to your door.” Ultrasonic devices – designed to repel mice and other pests using sounds inaudible to the human ear – have been hailed as the ultimate mousetrap for the electronic age by some and met with deep scepticism by others. As with many similar controversies, the truth probably lies somewhere in between.

What Do They Do?

The principle behind them is simple enough. These units, which typically plug into a mains socket, emit a high-frequency sound that is beyond the range of human hearing, but which pests can detect – either hearing the noise itself, or, it is claimed in the case of small insects and the like, feeling it. The effect is to make it uncomfortable for them to stay in the area; rather than killing the pest, the device is intended to evict those which are already present or deter any that might arrive looking for a new home.

To stop the pests simply becoming accustomed to the sound – rather as we get used to background noises in a house ourselves – many ultrasonic devices are designed to change frequency, either manually or automatically. In addition, a number also combine ultrasonics with other high-tech approaches, such as releasing electromagnetic pulses throughout the house wiring – also supposed to be annoying to pests – or ionising the air, which is also claimed to put rats, mice and insects off staying.

Available in a range of models and prices, from cheap entry level units such as the PestClear 2000 to more expensive professional versions like Topo Stop, there seems to be one to suit every application and every pocket. Some, like the Pest-Stop 2000, is said to be effective against a wide selection of pests, including mice, ants, cockroaches, earwigs and many other crawling insects – even having a mosquito setting – others like the Dust Mite Controller, are much more specialist. Other types on sale are intended to keep your garden clear of unwanted cats, dogs and foxes, while the battery operated, PIR-triggered PestClear Outdoor extends protection against a whole host of visitors – including rats, badgers and deer. The Solar Moler – a solar powered unit, mounted on a spike driven into the ground – emits a pulse of ultrasound every 30 seconds, protecting an area of up to 650 square metres from the unwelcome attention of moles. There are ultrasonic cat-collars to deal with fleas, portable devices to protect walkers from biting insects and even one newly developed model designed to repel the most determined of Scottish midges!

As you might expect, the claims made for these devices have not been without their critics and on the face of it there are a few questions which appear unanswered. It is difficult to see, for example, how devices intended to drive off rats and mice do not bother pets like hamsters and gerbils – themselves rodents with very similar hearing to the intended pest targets – as is sometimes claimed and dogs too have rather good hearing!

The scientific evidence for their effectiveness is perhaps best described as unclear. In some studies, mice have shown a clear desire to avoid “protected” areas; in others, they have lived perfectly normal lives beneath the ultrasound umbrella, multiplying happily.

Anecdotal support is likewise mixed – some people swear by them, while others say they have made no difference at all. Perhaps the most interesting finding comes from those who have purchased an ultrasonic device intended to repel mice from their cellars or squirrels from their attics and have reported that wasps and other insects have disappeared too. By the same token a company has recently started marketing a device based on this principle which apparently has been very successful in preventing gangs of youths loitering in shop doorways. Ironically called the “mosquito”, it works by producing an irritating sound which few people over the age of 25 can hear – so it seems that there is something in all this after all!

It seems that the jury is still out on ultrasonic pest control devices – after all, how do you know how bad things might have been, if you had not bought one? However, since they are not terribly expensive items, they are certainly something worth considering – even if only on a just-in-case basis, as one part of wider approach to pest control.

Encouraging 'Good' Bugs
Share Your Story, Join the Discussion or Seek Advice..
I should clarify my comment. There are some bird control devices that use recorded distress calls to spook flocks of birds away. They have shown some considerable success. The sonic thing though, not so much. Go to YouTube and you will find all sorts of videos that show cockroaches living behind (and actually inside) these units. They do not work. Any perceived success can always be attributed to some other factor.
diampc - 15-Aug-12 @ 6:57 PM
I can assure you that these devices do not work. In fact, the state of Iowa and many others across the country have banned the sale of them due to the total lack of efficacy. As a 20 year Pest Mgmt. Professional (PMP), I have found these devices (the device itself) completely infested with cockroaches. Many times! Some would say that PMP's have a vested interest in getting rid of these things but, that is simply untrue. If they worked, we would be using them on a wide scale as part of our Integrated Pest Management programs. We would love to have a device like this. What most folks don't realize is that many pests will go away on their own when their season comes to an end. In other cases, people get what we refer to as accidental invaders. These are pests that get in accidentally and have no way of surviving indoors. They simply die or find a way out eventually. This is why some believe that the devices actually worked. If they had done nothing at all the problem would have ended on its own. In other cases, the consumer will remove the condition conducive to the pest and it will go away. Then they contribute the success to the sonic device. For example, you may have ants on the kitchen counter going after a dirty dish. You run out to the store and buy the sonic device and plug it in. Then latter that day you wash the dishes. Magically, the ants disappear so, you think the device worked. That happens all the time. As for pests like roaches, bed bugs, termites, mice and other pest that can sustain life indoors, I would challenge anyone to get rid of them with these devices. It will never work. Trust me.
diampc - 15-Aug-12 @ 6:49 PM
Title:
(never shown)
Firstname:
(never shown)
Surname:
(never shown)
Email:
(never shown)
Nickname:
(shown)
Comment:
Validate: