Home > Pest Problems > When does a Pest Become a Problem?

When does a Pest Become a Problem? 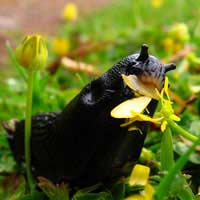 Rather like the old saying “one swallow doesn’t make a summer” - coming across a single pest does not automatically mean that you have a pest problem. A fly or two in the living room one summer’s day, for example, might be a bit of a nuisance, but they would hardly have you calling for professional help. So when does a pest become a problem – and how do you know when that line has been crossed?

Sometimes, as in the case above, it is to do with numbers. When that couple of flies becomes a swarm, or one or two wild flowers in your lawn become a choking mat of weeds that threatens to overrun the whole garden, then things change. In practice, pest management often makes use of this idea – not necessarily seeking to eliminate the pest completely, but keeping its population low enough so that it does not build up into a major headache. A few greenfly, for example, are not really going to do much harm on their own but, left unchecked your roses will soon wither beneath a horde of these sap-sucking insects. This is not, however, an entirely water-tight approach – the nature of the pest itself inevitably influences things too. Few cafeteria owners, for instance, would view finding even a single rat or cockroach in their kitchen as something which could be simply ignored.

Our own perception and priorities also play a part in deciding when an uninvited guest has gone too far. The more directly something threatens us, our children or pets and the more repulsive we consider the pest, then generally the lower our tolerance and if the pest in question is a parasite – living in us or on us – then the issue becomes very personal indeed! Just the thought of head-lice or fleas is enough to set most people scratching and as for the thought of tapeworms.........enough said?

Being in the Wrong Place

Sometimes the line is crossed when something which we might normally like, or otherwise simply ignore, turns up in the wrong place. Bees, for example, are universally praised as one of the world’s most beneficial insects, but when that nest of them in your chimney deposits a swarm in your living room, it can be difficult to remember their good points. It may be unpalatable to view what we often think of as “nice” creatures, such as rabbits, for instance – as opposed to “dirty” rats and bugs – as pests, but in the wrong place and ruining your hard work or livelihood, even the most appealing plant or animal can become a problem.

Deciding when things have gone too far is one of the central questions for integrated pest management (IPM) – a strategy principally aimed at commercial premises or large institutions such as schools or hospitals, but which is increasingly popular for household pest control. This approach is based on using an understanding of the pest itself to select the most appropriate means to control it, with the least harm to people, pets and the environment and often combines a number of different methods to bring about long-term protection. In the jargon of IPM, the point at which a problem arises is known as the “economic injury level.” While in the domestic setting, it is largely impractical to use economic injury as a measure, the central idea remains much the same as previously discussed.

The moment when the line is crossed inevitably varies from pest to pest and depends on where, when and how the problem arises and when that call is made is often more intuitive than an exercise in scientific thinking. Perhaps in the end, the question is best answered in the simplest of terms; a pest becomes a problem when it conflicts with whatever you are trying to do.