Telling Good Pests From the Bad 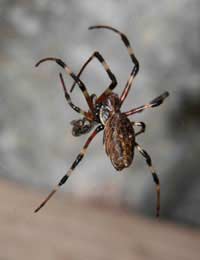 There is an old saying that a weed is a wild flower growing where you do not want it. What we choose to label “pest” in many ways depends on our own point of view. Rabbits are reviled as an agricultural pest while fishing communities consider seals and otters in much the same way – yet to many, these are cute, endearing creatures that epitomise the best of the British countryside. In the final analysis, sorting the “good” from the “bad”, largely comes down to a question of your personal perspective.

Some of what we choose to call “pests” qualify, for instance, just because we fear or dislike them. No amount of rationalisation about the benefits of spiders, for example, in keeping the house free of flies and other pests is likely to change the view of someone for whom their eight, fast-running, hairy legs represent the deepest pit of creepy-crawly hell!

Being in the Wrong Place

Other kinds of things earn the label simply because they are either in the wrong place or are rather too successful at what they do. A carefully selected rhododendron in the garden may be a joy and yet each year, huge tracts of it are removed from the countryside – an unwanted Himalayan weed which grows too well and displaces native species; same plant, different perspective. Even a reputation for usefulness gives no automatic protection. The enormous contribution of earthworms to soil fertility is widely known, but green-keepers still loathe the worm casts that some types leave on the surface.

If it is possible for some of the “good guys” to seem bad, so too can some of the apparently bad ones have their redeeming features. Few people, for example, have a good word to say about wasps, but even these rather irascible scourges of many a picnic play a useful role in the garden and countryside, eating caterpillars and helping clear up the remains of dead small animals. To confuse things even more, sometimes a pest is only a pest during a particular phase of its life. Some insects, for example, are only a problem as soil-living larvae, while others have larvae which do no harm, but become pests as adults.

So, if some of the good can be bad and some of the bad, good, what really does count as a bad pest? Perhaps it all comes down to those which have absolutely no hidden talents, nor saving graces; those which are pests pure and simple. Some of this cast of villains, the likes of bed bugs and fleas, for example, qualify as persistent irritations, others, such as locusts or mice, because of the enormous economic damage they can do while still others – rats and flies, for instance – for the health risk they pose.

Of course, the distinction between good and bad pests is easiest when the case is clear cut, but it is not always so straightforward. Where as an out-and-out baddie is easy for everyone to agree on, a “good” pest is much more of a difficult concept in some ways and can only truly be defined in terms of personal perception – my nuisance may be your pest and someone else’s vermin.