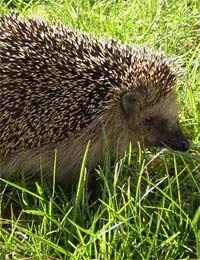 Although we often naturally tend to focus on insecticides and other chemical measures whenever we think about ways to control pests, there are other options and biological control is one which has been becoming steadily more popular over recent years.

Despite its growing acceptance and the technical advances that have been made, biological control isn’t suitable for everyone – or for every kind of pest – but where appropriate, it does offer the gardener a very valuable and effective alternative to the wholesale use of pesticides.

How Does it Work?

Despite its modern prominence, the basic idea is an old one; find your pest’s natural enemies and encourage them – something gardeners have been doing with hedgehogs and ladybirds for centuries. However, the latest generation of biological controls are a little more sophisticated than simply keeping a cat in the hopes it will catch mice!

By selecting predators that only attack particular kinds of pests, it has become possible to make sure that pest control hits its target very accurately.

What Pests Can I Control?

Non-specific kinds of biological control – encouraging frogs and hedgehogs, for instance – will remove a wide range of general invertebrate pests, but it will also affect a number of harmless or beneficial creatures too.

Some control measures are a little more discerning. The carnivorous bug Orius laevigatus and a mite – Amblyseius cucumeris – are often sold to deal with thrips; although both of these creatures will feature other prey in their diet, when released into a thrip-rich environment, they tend to eat large numbers of them since they are the most readily available source of food. Although it’s not an entirely specific approach, it does offer a greater degree of predictability.

There are targeted treatments available, however, that will treat individual pests. The nematode worm Steinernema carpocapsae, for example, can be used against the caterpillars of codling moth and other similar fruit tree pests, while another nematode – the slug-killing Phasmarhabditis hermaphrodita – is probably the best known example of all.

Are Controls Going to be Available for Other Pests?

Biological control methods have such a clear attraction that it’s highly likely that new ones will be developed to deal with other problems in the future. Currently, work is being done to try to provide measures that will combat a number of pests including root maggots, cockroaches and wire worms.

Where Can I Buy These Treatments?

In general, biological control measures are the preserve of specialist suppliers and need to be obtained either online or by mail order. However, increasingly local garden centres are also now stocking these kinds of treatments – so it’s worth trying them too.

Although a lot depends on the details of the individual case and how thoroughly you follow the instructions, if they are properly used, biological controls can be remarkably effective. The kind of thrip control described previously using Orius laevigatus and Amblyseius cucumeris, for example, is often particularly successful at dealing with these pests in enclosed spaces such as greenhouses and conservatories.

More general kinds of biological control – encouraging gardeners’ natural allies such as hedgehogs, insectivorous birds and lacewings – can be variable, but since they provide a free service and are permanently “on-call”, they’re certainly worth trying.

Is it a Lot of Work?

One of the great attractions of biological control is its relative ease of use; for the most part, it involves little more than simply following the instructions on the packet and allowing these natural guided missiles to seek and destroy their targets.

Creating a wildlife area to make a suitable habitat available for the various creatures that provide informal biological control admittedly can be harder work, but the benefits can often make it very worthwhile.

Although biological control measures aren’t necessarily suitable for every pest infestation, they definitely have their place in the gardener’s armoury in the ongoing fight against the hordes of seemingly ever-hungry pests.