Home > About Pesticides > Understanding the Different Kinds of Insecticides

Understanding the Different Kinds of Insecticides 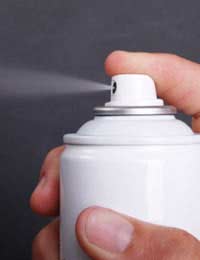 Most of the pests that commonly trouble us are insects – and as a group they are responsible for a staggering amount of damage to agricultural crops and buildings around the world, not to mention the misery that wasps, ants and their kin can inflict on people, pets and livestock.

Unsurprisingly as a result, a wide range of insecticides have been developed to deal with them, containing a variety of active ingredients, with different methods of application and often acting in different ways. Pick a few examples off the shelves in your local garden centre and you’ll soon come across words like “systemic”, “contact” and “organic” on the labels.

Clearly, all insecticides are not the same, but how do you make sense of it all – and more to the point, how do you know which one to use?

Systemic insecticides are used to combat the activities of sap-sucking insects and some kinds of caterpillars. Once you have sprayed the plants to be protected, the insecticide is absorbed by the plant itself and when an aphid or other sucking insect bites and begins to feed, it gets an automatic dose of insecticide along with the sap it consumes.

These kinds of products have three main advantages. Once they have been taken up by the plant, rain does not stop them from working, they only kill insects which are attacking the plant and they are also effective against aphids which arrive after spraying or were hiding when the initial application was made.

Treatments which contain imidacloprid or thiacloprid as active ingredients are examples of this kind of insecticide.

There are two types of contact insecticides – those which need to be sprayed directly onto the insects themselves and those which are used to provide a protective coat on what the insects might want to eat.

The first kind – cypermethrin or pyrethrin containing products, for example – is used to deal with insects that are already present and will only kill those it touches. Unfortunately, this also means that insect “friends” inadvertently hit will die along with the intended foe.

The second type, typically containing the likes of bifenthrin, can be used preventatively before the arrival of pests, but they are likely to be washed off by rain, so regular re-spraying may be necessary to give proper protection.

Organic insecticides have become increasingly popular over recent years. Their active ingredients typically have been derived from plant materials and commonly include the likes of fatty acids, seed oils and pyrethrins. Although they are generally less potent than their chemical equivalents, they have the advantage of being acceptable to organic growers and meeting an increasing public desire to use natural products.

How long you want an insecticide to last for depends on the nature of the problem – there are residual and non-residual versions available. For a one-off nuisance – the arrival of angry wasps in the living room, for instance – an insecticide which can deal with the insects and then rapidly becomes harmless is ideal. However, if your kitchen has been invaded by ants, this is going to be more of an ongoing nuisance, making a residual insecticide that will stay effective for several weeks the obvious choice. If it doesn’t specifically say which it is on the label, as a general rule insecticides sold to be used against crawling insects – cockroaches, ants and the like – are residual, while the effect of fly sprays and the like is of shorter duration.

If you’ve got an insect problem there’s sure to be a suitable type of insecticide to control it. Picking the right one needs a little understanding of what’s available and then a careful read of the label to make sure that what you’re about to buy really does meet your needs.

That done, your pest problem should soon be history.

Questionnaire: Are You Safe Around Pesticides?

Avoiding the Dangers of Pesticides